Seville and Real Sociedad had the most productive match of the 27th round of Spanish league. Scoring seven goals in total. This game once again reminded that when Pablo Machin’s team is on a roll it cannot be stopped. This season at Ramón Sánchez-Pizjuán, Real Madrid, Levante, Újpest, Sigma, Standard, Akhisar Belediyespor and Krasnodar have already conceded at least three goals, and now Real Sociedad got into this list. Recently, things didn’t go their way for Sevlla in the league – four defeats and a draw in five rounds. But Rojiblancos still continue to fight for the Champions League. 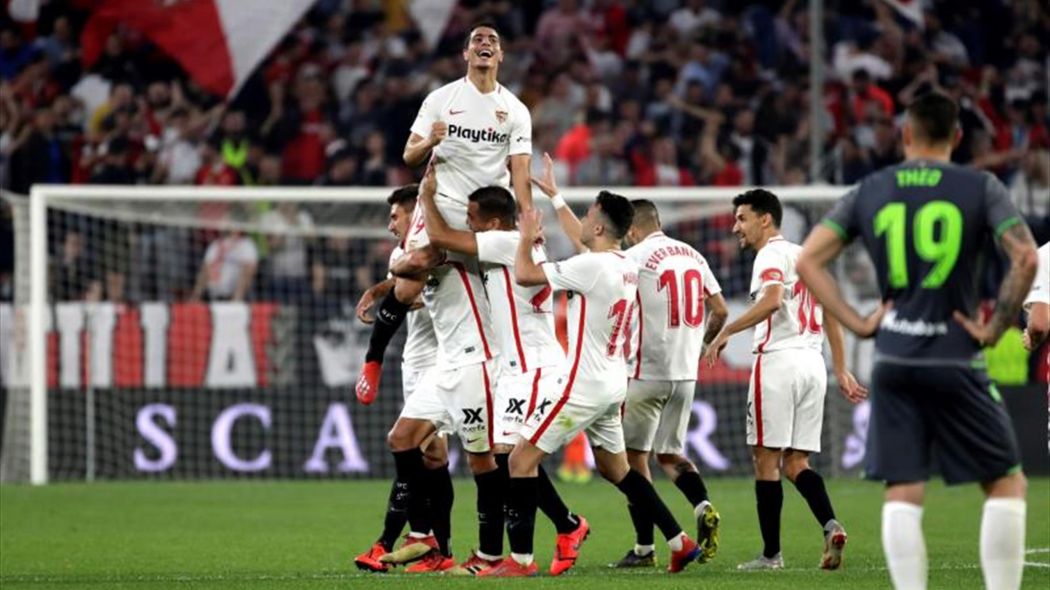 Russian league best scorer Quincy Promes began the goal spectacle. Ex-Spartan created the first goal scored by the hosts. Receiving a pass in a counterattack on the left wing, managed to shoot along the gates, where Pablo Sarabia finished the deal like a true center forward.Three minutes later Real Sociedad’s winger Mikel Oyarzabal equalized. Basque’s number ten sent the ball with his left foot into the far corner of his opponent’s goal.

Sevilla responded with a hat-trick by their top scorer Wissam Ben-Yedder at the beginning of the second half. The Frenchman scored three goals in 13 minutes. First, the attacker finished a penetrating delivery from Jesus Navas. After the referee did not see the ball cross the line from Munir El-Haddadi, Wissam concluded the attack. In the third goal episode, Argentinian goalkeeper Geronimo Rulli, hurried to leave his penalty area and Ben-Yedder scored into an empty goal after robbing his opponent’s defender.

40 points for Sevilla in conclusion, and a one of a kind hat trick for Mikel Oyarzabal. An own goal for opponents with a penalty were not good enough for a team that didn’t know defeats in the last 5 away games.