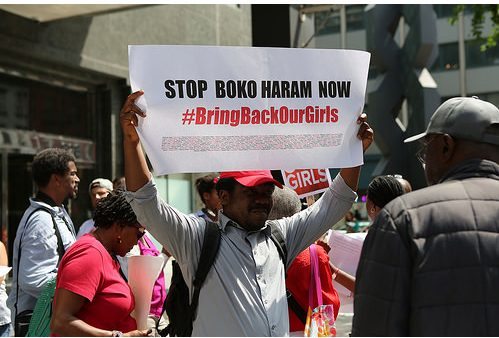 The report by Unicef after a year the kidnapping of more than 200 students in Chibok by Boko Haram, reveals that the number of children who have had to flee for his life has doubled in less than a year, more than 800,000 children have had to flee their homes.

In addition Unicef also wanted to reportthat “Students and        teachers have become deliberate targets of violence: more than 300 schools have been damaged or have been destroyed and at least 196 teachers and 314 students had died in late 2014”.

The Nigerian Islamist group Boko Haram – which has raged in Africa’s most populous country by a wave of bombings, assassinations and kidnappings – is fighting to overthrow the government and create an Islamic state.

Boko Haram promotes a version of Islam that makes it «haram» or forbidden for Muslims to participate in any political or social activity associated with Western society. This includes voting in elections or receive a secular education.

Boko Haram insists that the Nigerian state has been and is hit by unbelievers – even though the country had a Muslim president – and since its foundation in 2002 were opposed to western education.

Since the Sokoto caliphate – that ruled parts of what is now northern Nigeria, Niger and southern Cameroon – fell under British control in 1903, much of the Muslim population has resistance to receive a Western education. They refused to send their children to the «Western schools» run by the government, a problem aggravated by the ruling elite who don´t see education as a priority.

Taking advantage of this situation, the Muslim cleric Mohammed Yusuf, have formed in 2002 Boko Haram in Maiduguri. It established a religious complex, including a mosque and an Islamic school.

Many Muslim poor families throughout Nigeria and neighboring countries, enrolled their children in school.

But Boko Haram was not only interested in education. His political objective was to create an Islamic state, and the school became a recruiting ground for jihadists.