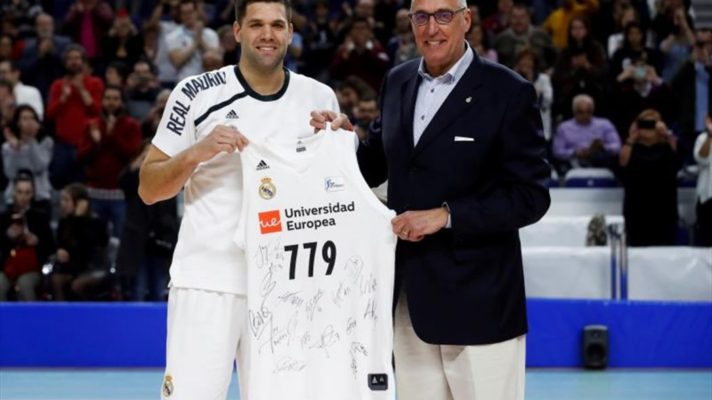 On Sunday February 10th Felipe Reyes reached another milestone in his career. His club, Real Madrid, prepared a ceremony for their captain at the Wizink center before the Liga Endesa game against Kirolbet Baskonia. After making his 778th appearance in ACB and Liga Endesa he became the all-time games leader.

Ironically, his made his league debut with Estudiantes during the 1998/99 season. Estudiantes just happen to be the historical rivals of his actual club. Five years after making his debut with Estu he joined rivals Real Madrid. It was the start of something special.

Felipe Reyes is part of the Spanish golden generation, “Los Niños de Oro”. Their greatest achievement was the 2006 World Championship title when they beat Argentina in a dramatic final that went to the wire.

Spain were also European champions on three occasions with Felipe Reyes playing an important role. He captained the side alongside Pau Gasol and Juan Carlos Navarro.

The legendary Spanish player also holds two impressive records. During his career he has climbed to the top of the ACB and Euroleague all-time rebound ranking. Considering his relatively small height for his position, Reyes is only 2.04 metres tall, the achievement is all the greater. His positioning and reading of the game has made him dominate the paint for two decades. In today’s game most centers and forward-centers stand over 2.10. Reyes however is still part of this old school generation of basketball players capable of compensating their lack of height and physical abilities with intelligence, determination and belief.

Reyes has never been an outstanding or spectacular player, but his sense of sacrifice and team devotion place him on the top of the most loved Spanish players among much more bankable stars such as the Gasol brothers, José Calderón and Juan Carlos Navarro.

The Gasol brothers and Jose Calderón are still playing. Last summer saw Juan Carlos Navarro retire. Although Felipe will turn 39 in a month, there’s still plenty of basketball left in the club captain. He recently signed a two-year extension to his contract and everything now points towards the Real Madrid player ending his career at his adopted club.

You don’t have to be the biggest on the court to be the most useful, games are won in defence and rebound said Larry Brown, one of the greatest coaches in basketball history. Those wise words are a perfect description of a player who after over twenty years at the top of his trade continues to impress. Felipe Reyes. 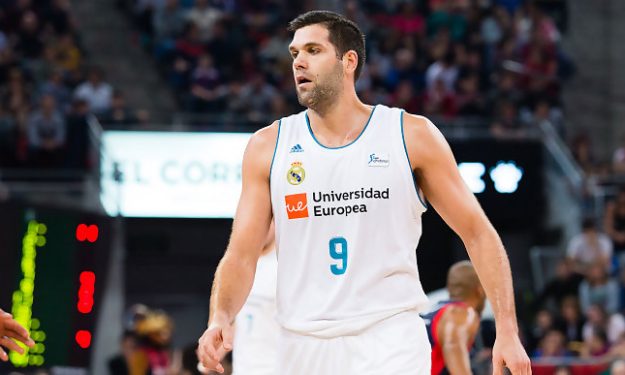 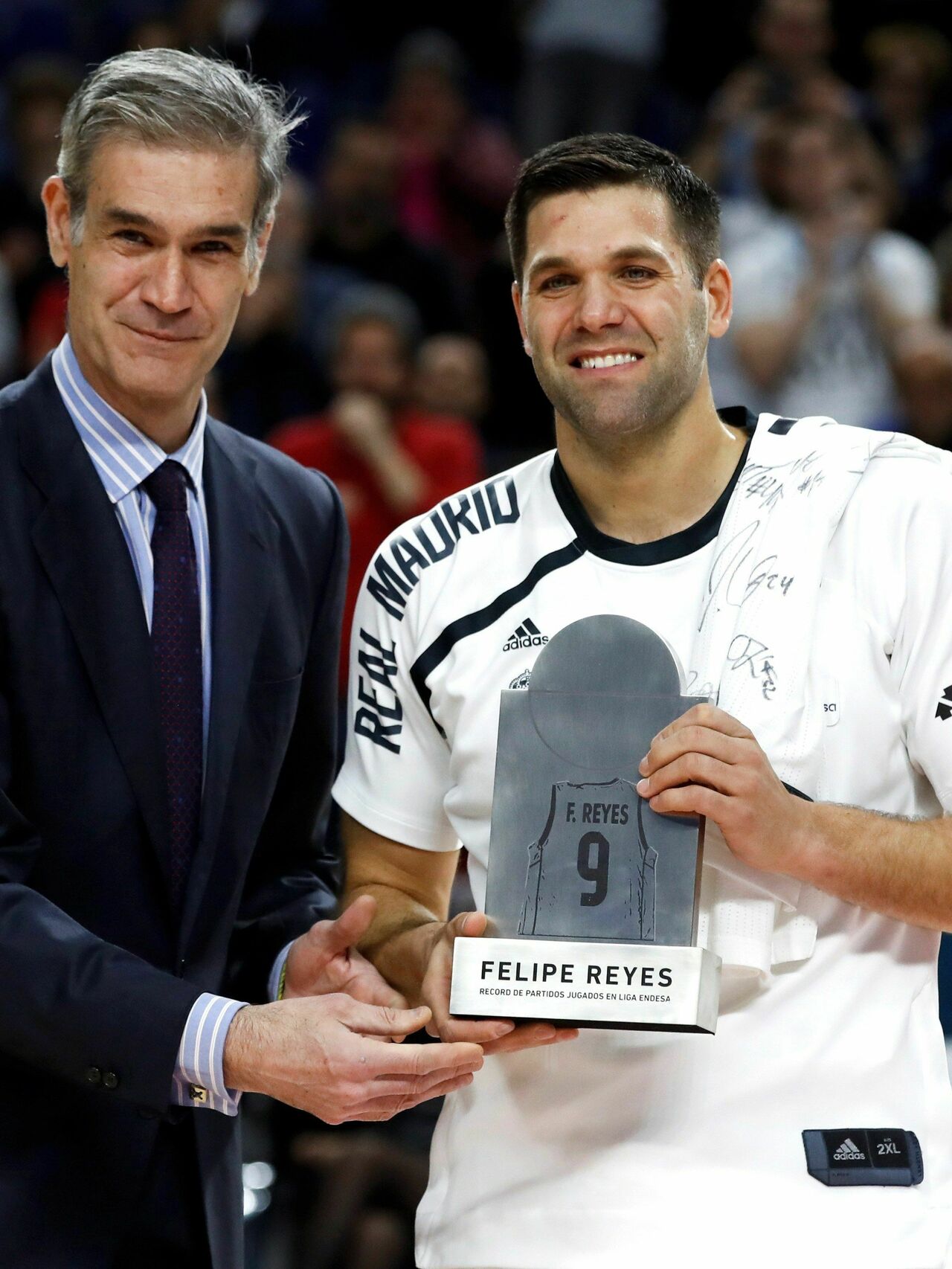 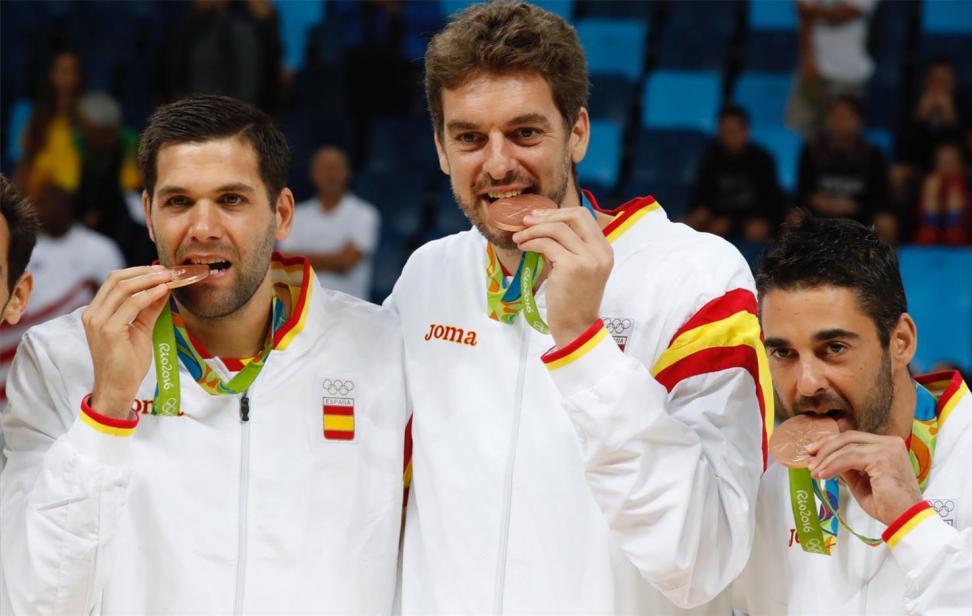