Home  |  Noticias  |  Deportes  |  Lewandowski: Klopp led me to where I am today

Lewandowski: Klopp led me to where I am today 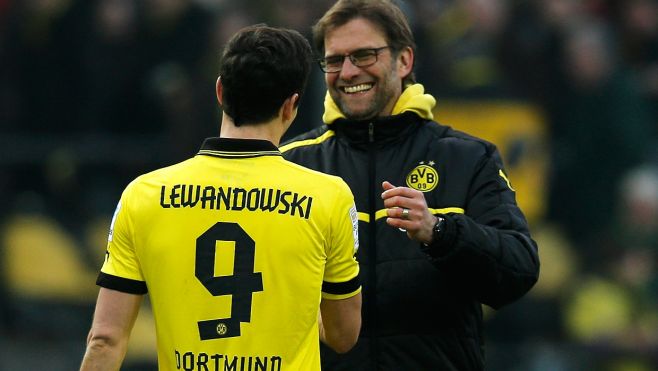 Bayern Munich’s visit to Liverpool on Tuesday night in the Champions League will feature some
familiar faces at Anfield. Striker Robert Lewandowski and Reds’ manager Jurgen Klopp’s
relationship dates back to their glory days together at Borussia Dortmund.
In an interview with uefa.com the Polish international credits a large part of his success to his
former coach: “He released that striker’s instinct in me and that allowed me to make the next
step up.”

The stats speak for themselves, 135 goals in 224 league matches for Borussia Dortmund and a
2013 Bundesliga title to his name. It is also hard to forget Dortmund’s magnificent run to the
Champions league final that same year only to be beaten in extra-time by Lewandowski’s
current club, Bayern Munich.

The striker expands on the importance of Jurgen Klopp’s animated style on the touchline “His
words and his body language resonate, even when he is in the dugout. If the game&#39;s not going
well and you see his reaction it wakes up the team…”. His high energy and trademark goal
celebrations have turned the German manager into a fan favourite among Liverpool supporters
who will be hoping to go one better than last year.

Bayern Munich’s number 9 goes on to compare his former team with Jurgen Klopp’s current
Liverpool squad. “You cannot compare the players – every team has different players. But what I
meant is how they play with the ball from defence to attack and the style.” According to him,
both clubs have the mentality of a “bulldog”, taking advantage of space and hitting teams with
lightning fast breaks.

Robert Lewandowski will put his friendship aside for 90 minutes during which he hopes to score on his debut at Anfield. A precious away goal ahead of the second leg in Munich could prove the difference between either Jurgen Klopp or Robert Lewandowski having to watch the rest of the competition unfold sat in front of the television at home.