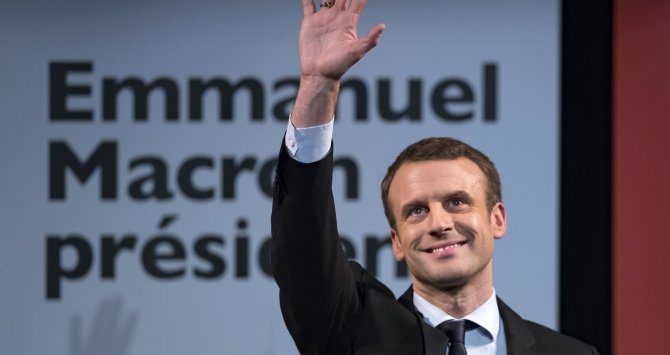 Two different political ideologies faced each other last Sunday in France. The liberal party of Emmanuel Macron won widely the extreme-right party of Marine Le Pen. Macron´s European project was most voted against the populism and antieuropeism of Le Pen. Opposite candidates, and French bet for the logic option for their country.

The new president of France never had the global support but was the real option to keep France into the UE and through the logical way. The youngest president since the half of XIX century, Napoleon Bonaparte´s era. The 39 years old president started as the economy minister and now is the president with the 66,1% of the votes. Much more than the 33.9% that Le Pen achieved.

Son of a doctor and a teacher, started his studies in Amiens. He got the philosophy degree in the university of Paris-Nanterre. In 2001, with 24 years old, took part of the socialist party and then specialized in economy. In 2011 he bet for Hollande´s candidature and in 2012 he was in charge of the economy minister.

In 2016 he started in April the “¡En Marche!” movement away from Hollande´s project but the former French leader said that “it was normal that he wanted to create a new party. He is a politic that wants to do politic”. In august he quitted from the economy minister to focus on the center project that nearly a year later is the most voted and have defeated populism.

The leader of the National Front failed in her try to change France and follow the United Kingdom steps in order to quit from UE. Daughter of Jean Marie Le Pen, that created in 1972 the party, follow the ideas that his father promoted in 2002 to pass the first leg to lose then against Jacques Chirac.

In 2011 she was elected as the leader of the National Front with the 67,5% of the votes. She also want the remigration of people which are in France in an illegal way and she´s against the refugees and refugee´s policy. National Front is known as racist party and protectionist in economical terms.

Last Sunday, French people voted for liberal and moderated ideas of Emmanuel Macron instead voting radical ideas. She had 7 million votes in the first leg and 11 million in the second one. Some media say that the 4 million difference voters could have been Melenchon´s voters, but it´s really difficult to know this. Probably the right voters decided to bet for Le Pen´s project according to their ideas.

Summarizing, the French elections have been the result that, at this moment, most of Europeans citizens prefer liberal and moderate ideas than left or right extreme ideas. But, after all, there is a big part that have bet for populism and the radical ideas of Marine Le Pen like some British people did in Austria or Netherlands, months before. 11 million voters is not a joke, it´s more than that. Maybe a call for European democracy to take care of their politics and change their mind in order to stop radicalism.