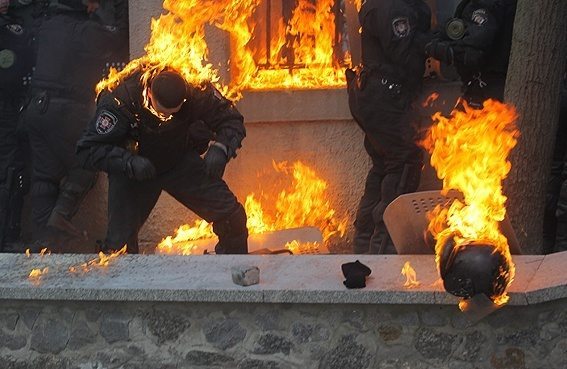 Russian Separatist takes the control of the Ukrainian city of Debaltseve, after heavy fighting the past week. The Ukrainian commander of a pro-Kiev parliament unit said “the troops were leaving the strategically important town.”

There has been confusion within the Ukrainian military leaders due miscommunication and some soldiers were trapped as the Separatist cut the road and prevented the exit of the troops. One solider said “He did not know if it was a retreat, or rotation of troops. They told us to change our position, because our unit has been at the same place for a long time.”

With the Minks ceasefire being agreed after 17 hours on the 12th February of in which leaders Vladimir Putin, François Hollande, Angela Merkel, and Petro Poroshenko. The agreement did not last very long as it was broken on the 16th February in which Debaltseve was attacked by the Russian Separatist.

With this conflict going since for more than a year, there is a bigger picture with bigger players and everyone wants something out of this conflict. Ukrainian wants them to be a normal European country and be part of the Europe and then there is the Separatist, whom wants to be part of Russia. In addition to this there is Mr Putin wants financial gain from Ukrainian and also for Ukrainian to leave the Europe and change the gas prices.

All in all the outcome of this conflict can have a big impact on Ukrainian itself and the European Union. The next few months the whole world will watch world leaders and what they do next.