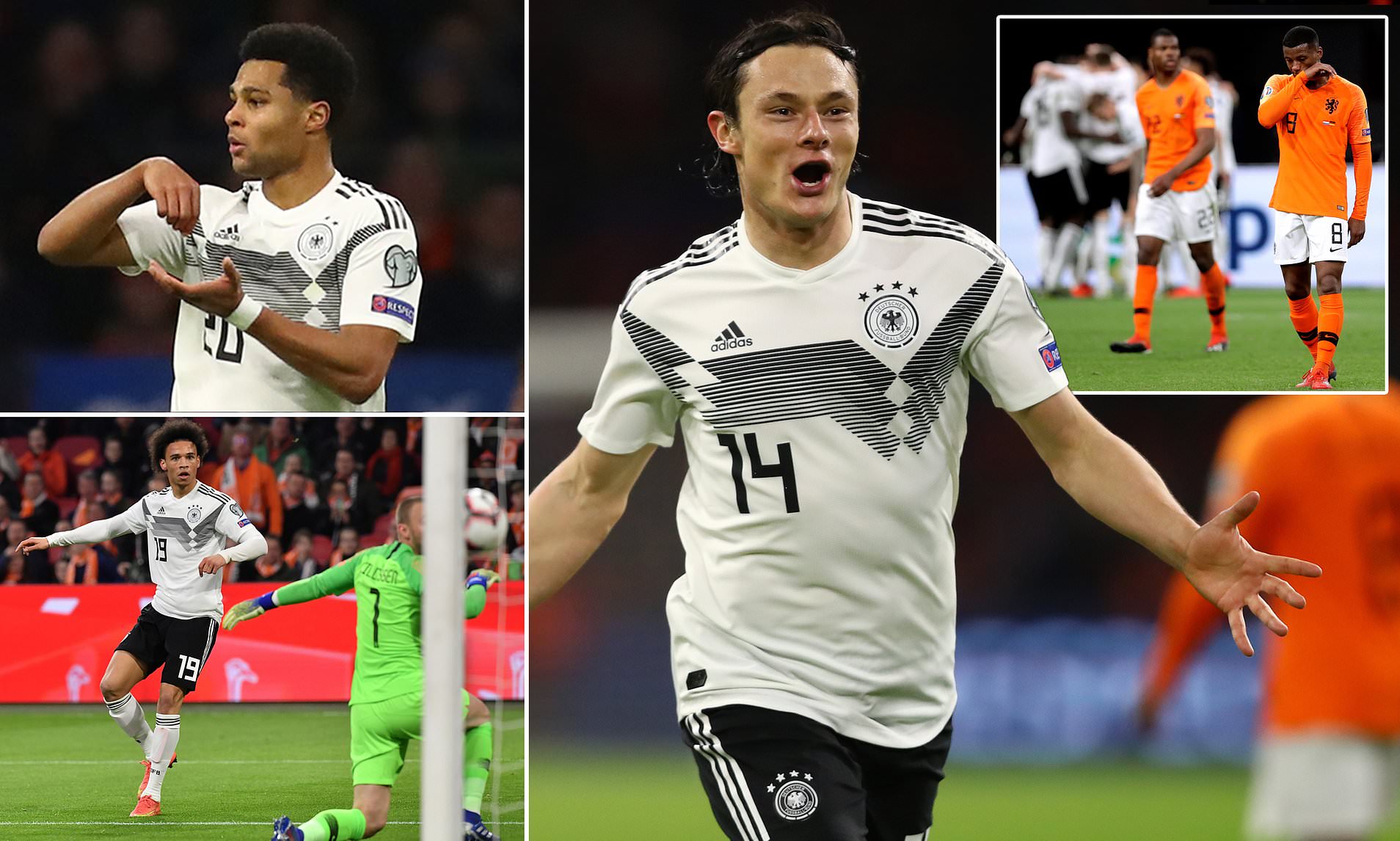 On Sunday Germany fans saw their new look side face their first serious exam. There was plenty of pressure on the team as they went into their Euro 2020 qualifier against Holland.

Traditionally the ball was intercepted by the Germans at first, and on the the second minute Gnabri managed to “greet” Cillessen. After, in the same tradition, the German national team players urgently gathered back to their half of the field to protect their goal.

The danger reached the “orange” level by 9th minute – Babel and Depay were on the verge of opening a score, if not for the heroic save by Mannschaft’s defender. The defense now and then got tangled in their own legs and putting Neuer under execution, forcing him to show miracles of reaction.

Despite starting the game well, Kuman’s team conceded on 15 minutes. Leroy Sane beat three defenders to open the scoring. The goal hit the home side hard but it was going to get worse for the locals as Gnabry latched onto Rüdiger’s pass to double Germany’s lead.

Holland started the second-half just like they did the first. The big difference however was they had the ball in the back of the net on 48 minutes. Depay’s fantastic cross was met by Matthijs de Ligt to the delight of the home crowd.

Neuer was by far the busier of the two goalkeepers but unfortunately for Neuer he was picking the ball out of the back of the net again on 63 minutes. Depay levelled for the Dutch with a cool finish.

Germany had squandered a two goal lead. The last time Germany won in the Netherlands was back in 1996 and it looked like the wait for a victory on Dutch soil would continue until Nico Schulz popped up in the 90th minute to score the winner.