Spain is on top of youth unemployment 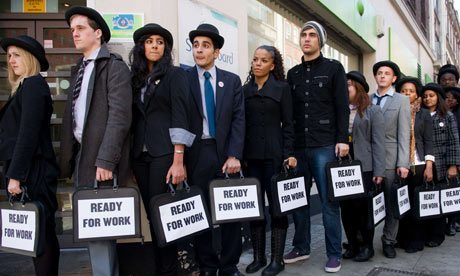 According to a study from Banco Mundial we can  see as countries with higher unemployment are from the African region probably this can be because they are in the Third World and the don´t have a lot of money to survive and to do work.
Secondly it can be seen as Spain is one of the worst area in the list, one of the countries with youth unemployment in the world, in ninth place.
The Spanish youth we are in a bad time and need to find work, if we do not find we decided to go abroad to countries like Germany, where the unemployment rate is much lower than in Spain.

Another of the most interesting facts is that countries like Greece, Portugal supposedly have a higher level of crisis and unemployment therefore, this aren´t true, the last study in 2012, Spain is superior in both total unemployment as youth.