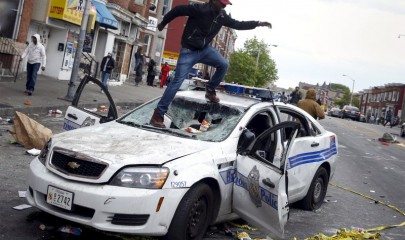 Freddie Gray’s death, for not justified reason on April 19th, leaves many unanswered questions. But it is clear that after Gray´s arrest in West Baltimore on the morning of April 12th, he was struggling to walk. By the time he arrived at the police station a half hour later, he was incapable to breathe or […]