The apprentice faces his mentor

Liverpool are taking on Bayern Munich tonight in Champions League in the first leg of the round of 16. For striker Robert Lewandowski will be reunited with his former mentor, Jurgen Klopp. Their story starts back when the two were together at Borussia Dortmund. 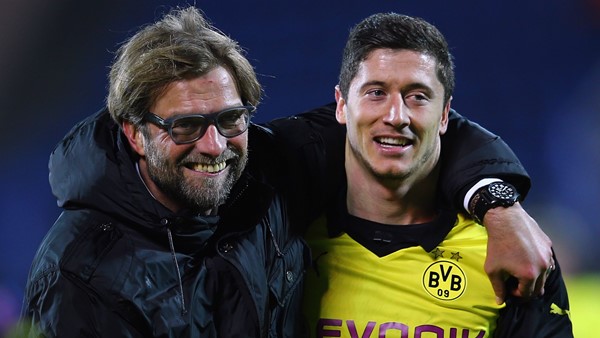 “He made a huge impact on my career. I have to be thankful to him because of what we did together at [Borussia] Dortmund. He released that striker’s instinct in me and that allowed me to make the next step up.”- said Lewandowski in an interview with uefa.com. Their brief time together was enough for the German to make an impact on Lewandowski’s career. Now a world class striker he’ll be looking to guide his Bayern Munich side into the next round at his former manager’s expense.

Robert Lewandowski is not underestimating last year’s losing finalists. He knows that a team with players like Salah, Firmino or Henderson is capable of anything. “They have a strong defence, they play steadily and have so many good players. When you’re playing against Liverpool, a team that has so many good players, anything can happen.”

He will be stepping out at Anfield for first time in his career and he knows the special atmosphere at the legendary stadium will see him give his best. “I am really looking forward to it. I know that their fans don’t want us or me to score a goal or win, but for me personally, in such an atmosphere I’m even more energised at the blow of the whistle for kick-off.”