UPyD will soon find out whether their candidate, Francisco Sosa Wagner will win the Spanish leg of the European Elections 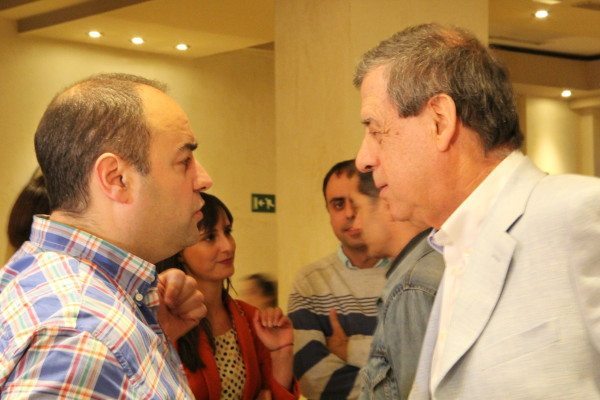 At the Villa Real Hotel in Madrid Center, UPyD on the verge of finding out their European fate in todays elections.

Kicking off at 21.30pm, the government delegate will talk give a recap on the campaign and facts on the upcoming results.

UPyD candidate Francisco Sosa Wagner is officially in the building although he is yet to make an official appearance.

And at 22.30 there’ll be official words from one of the directors of the party, Rosa Díez.

All that’s left to do is sit and wait, as only the Spanish voters can decide who get’s a place in the European Parliament.