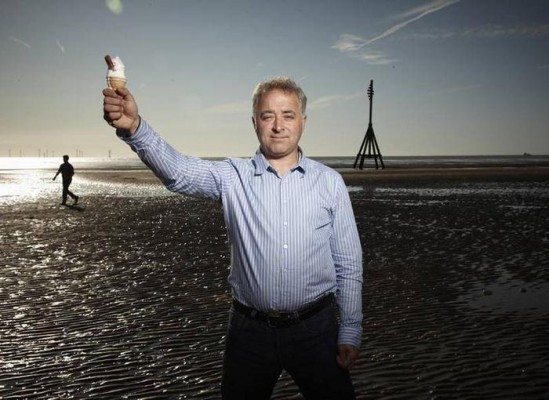 «Let’s Talk»: aka Gabriel and Lorraine.

We are two English teachers who work at the Language Center at the UEM.

We will also include music, travel features, important language points and what´s on events.

Today we have an interview with Frank Cottrell-Boyce.

He is a British screenwriter, novelist and sometime actor, known for his children’s fiction and for his collaboration with film director Michael Winterbottom. He has recently achieved fame as one of the writers for the London 2012 Summer Olympics opening ceremony where he collaborated with film director Danny Boyle who won an Academy Award for the film Slum Dog Millionaire.
Frank holds a doctorate in English from Oxford University. Working first as a literary critic, he quickly became an imminent and widely acclaimed screenwriter for films such as The Railway Man starring Colin Firth and Nicole Kidman or 24 hour party people. He also wrote the sequels to Chitty Chitty Bang Bang: The Magical Car, a children’s classic by Ian Fleming.
In June 2012, he took up the position of Professor of Reading at Liverpool Hope University and he is the official supporter of the Reader Organization which promotes reading for the pure sheer joy of it!

This website uses cookies to improve your experience while you navigate through the website. Out of these, the cookies that are categorized as necessary are stored on your browser as they are essential for the working of basic functionalities of the website. We also use third-party cookies that help us analyze and understand how you use this website. These cookies will be stored in your browser only with your consent. You also have the option to opt-out of these cookies. But opting out of some of these cookies may affect your browsing experience.
NecessarySiempre activado
Necessary cookies are absolutely essential for the website to function properly. This category only includes cookies that ensures basic functionalities and security features of the website. These cookies do not store any personal information.
Non-necessary
Any cookies that may not be particularly necessary for the website to function and is used specifically to collect user personal data via analytics, ads, other embedded contents are termed as non-necessary cookies. It is mandatory to procure user consent prior to running these cookies on your website.
GUARDAR Y ACEPTAR