The Sin of Being Nigerian 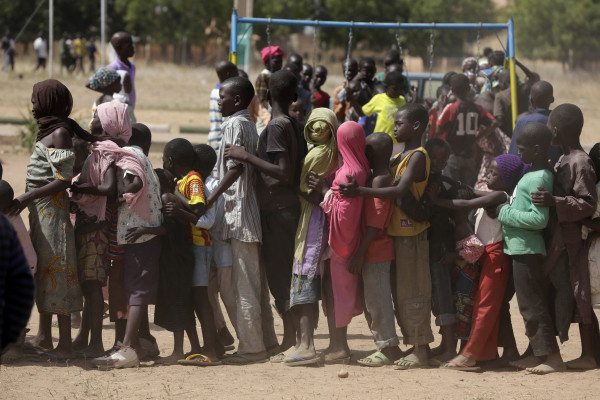 If Westernization is the meaning of progress, then there are those staunchly opposed to the progression of Nigeria. Boko Haram (meaning “Western Education is Forbidden”) is a terrorist group that has been active in Nigeria and neighbouring countries since 2002, although the ongoing conflict has been mostly overshadowed by events in the Western world for years now. It has recently begun to attract more attention worldwide after a series of increasingly violent and inhumane acts such as the kidnapping of 276 schoolgirls in April of 2014 and the recent massacre in the village of Baga.

Officially called Jamā‘at Ahl as-Sunnah lid-Da‘wah wa’l-Jihād, («Group of the People of Sunnah for Preaching and Jihad») seeks the establishment of an Islamic State in Nigeria. It opposes the Westernization of the country, which is Africa’s largest economy but with a Christian minority holding much of the wealth. With the emergence of the Islamic State (IS) Boko Haram has declared it’s desire for an Islamic caliphate in Nigeria, pledging its allegiance to the aims of the IS. The Nigerian government has been trying to crack down on the actions taken by Boko Haram, however many accuse the highly corrupt Nigerian administration of actually aiding Boko Haram for personal gains.

Boko Haram has become increasingly violent and aggressive in recent months, culminating in the January 3rd massacre at the village of Baga, where the militants slaughtered an estimated 2000 people. Since then there have been many more attacks, including suicide bombings, and attacks on mosques and villages. They have not limited their operations to just Nigeria however; they have also attacked villages in Cameroon and Chad, both of which have now joined Nigeria in a military coalition against Boko Haram. Nigeria has postponed its general elections (originally supposed to be on February 14th) to allow its armed forces to launch an offensive against Boko Haram, which would leave it unable to provide adequate security for the elections.

In today’s world much of what goes on in Africa is largely ignored by the Western world, however Boko Haram represents just how Islamic extremism threatens the entire world, not just Europe and North America. We are more concerned with the killing of 17 people in Paris while upwards of 2000 are massacred in a Nigerian village, when the international community should equally address both. Nigeria is another victim of terrorism, and it cannot be ignored any longer.